You ever have a job that you just truly hate? I did

I was a sales rep for the largest food distributor in the country. My job was to sell food to existing restaurants in my territory & steal others from the competition.

With my background in food & sales, I thought it would be a perfect fit. The benefits were amazing, anything you can imagine I had as far as that stuff. With a base salary of $52k a year plus bonus & commission, it really was a great gig on paper.

The best part of it was that I was pretty much alone most of the week. Fridays we had a weekly meeting for a few hours & once a month a large sales meeting at the office. The rest of the time I was free to do what I needed to. I had total control over my time, as long as it worked with the schedule of the restaurants I served.
This is the main reason I was able to build our business so fast.

Have you ever sat around for hours & looked around at your co workers and notice that all of them are unhealthy, overweight, & “stuck”. Thats how meetings at this company were. The presenter would babble on about some corporate non sense & it was a huge waste of time. This is a fortune 50 company & instead of bringing experts in to teach us stuff, they chose to have mediocre office people present slideshows.

Nothing at this company was cool or hip. It was all outdated crap that didn’t help people progress. The “tools” they offered us were comedic, then they expected us to preach these to our customers. Sales tactics were sleazy & that of old car salesman.

Food is just what they deliver, at the end of the day this is a logistics company. You would think that at-least this part would be almost perfect. Well it wasn’t.. If there was a truck that was late, i could check the GPS tracking software, but that program never worked in my two years there.
Needed an answer from a supervisor at 3pm? They were in a stupid meeting about non sense & the customers were left stranded.

Also I was glued to my phone 24/7, customers would call 5 minutes before cut off and expect me to jump through hoops for them. There were no days off. Sundays i took orders, 8pm at night I could get questions, & 4 am i could get pissed off phone calls cause the trucks not there.

It was a complete mess. Idiots got the best accounts just because they were able to play the game. I hate games. I couldn’t last in this kind of environment.

Took advantage of a corporation

This is the good part, how did I actually manage to create this business while having a sales job at a large company. Well I kinda knew i was going to quit or get fired eventually, so i just stopped doing 50% of what they asked of me. The extra time I had, i went thrifting on the clock.

It sounds crappy, but i don’t feel bad. This isn’t a small mom & pop shop that I hurt, its a massive organization that makes more money than you would ever believe. I didn’t hurt my existing customers, but i also didn’t try to grow my business at all. I just maintained, made up a-lot of lies, & went under the radar for a long time.

The fact that i was able to lie for 1 year about what i was doing, shows what sort of leadership I had at that place. No one cared about anything.

So in the time that i was supposed to be looking for new customers, I was at the thrift store. 12 in the afternoon when I should be hitting up new restaurants, I was at home packing boxes of things that sold. All my time became dedicated to growing eBay to the point of being able to leave this job.

How I knew it was time

It didn’t happen overnight, in fact at first the goal was to just make a few extra bucks selling used clothes out of the closet. My wife & i started to fool around with the idea, she knew how much this job was killing me. The number we came up with was $10k a month in sales meant I could quit my job.

The feeling of telling my boss that i’m leaving was incredible. I had quit jobs before, but nothing as awful as this place. My life had changed and the last few weeks working there were like waiting for Christmas day.

Everyones situation is different. We didn’t have a son at the time & had just bought our first home. Our mortgage was $1300 a month so really nothing too bad. We did have tons of bills from debt, but again it wasn’t like some people that have $200k in student debt.

Us leaving the workforce was slightly easier due to our simple life.

My wife & I reflect on past experiences & current situations on morning walks. What I have learned very recently is that my phone doesn’t control my life anymore.

I now get to leave my phone at home and have no worries really. No more crazy restaurant owners screaming over the phone about some order issue. Stresses about late trucks, crappy meetings, & sales quotas are done.
No one calls me anymore & its the most amazing thing ever.

There is no one to answer to… its incredible.

Every choice you make is on you, which is scary, but also incredibly addicting. You know how they say you can make as much money as you want in sales? Well its true.

Other days we have made $1000 profit in a day & have had really chill days where nothing goes wrong. You get a bit of both aspects of life now as a business owner.

Sure as an employee you have stress, but it’s different. When it’s all on you to make it, things get real, really fast. Starting small sucks because you don’t have money to hire accountants, assistants, & developers. You have to learn everything yourself. It takes time, effort, & so many mistakes.

Is it worth it?

I will NEVER work for another company as long as i live.

Being an employee sucks once you’ve been on this side. The amount of money a small business can make is insane if you really put the effort in.

Now we aren’t there yet, i wish we were. Our little hustle makes us a chill $50ish thousand a year, which is great for now. My wife and i are both able to stay home, commute hardly ever, & do what we want all day.

Growth is something that comes with time, now three years later are things starting to make sense. It’s been a long journey to get to the point of teaching others & creating Resell Junkie, but this is the next big leap.

We want a bit more freedom, the next step is to create a business that fits into a backpack. That means I want to only use the computer to make money, nothing else. I don’t want to touch inventory, source, ship, or any other logistical non sense. Teaching & inspiring are big passions of ours & we want to help everyone achieve what we have.

Freedom has nothing to do with money. It’s being able to go grocery shopping on a Tuesday at 10 am, while everyone else is at work. Its being able to go to every single event that your kid has at school. Freedom is so important, but no one seems to chase after it anymore.

QUIT THE JOB YOU HATE, IT IS NOT WORTH IT! 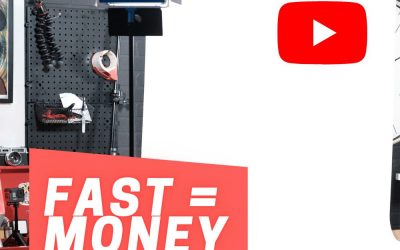 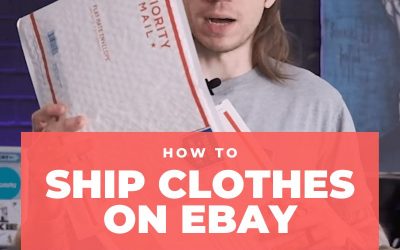 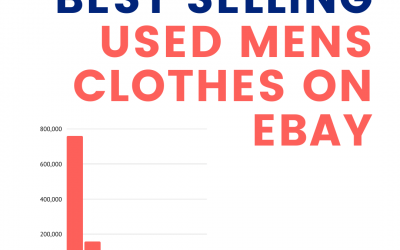